What we can learn from rebrands at the world's biggest companies A rebrand typically consists of a name, logo or logotype, typeface selections, colour selections and sometimes, a tagline. While not being the sum total of your brand, a rebrand has the power to influence — good or bad — how people perceive your firm. For some established firms, a visual identity can represent a significant brand asset. So, making the decision to change your visual identity or brand is a big decision and should not be treated lightly.

Here are two situations that indicate a rebrand will create real, enduring value:

Years of listening to clients’ frustrations with their marketing communication efforts tell us that clients experiencing some or all of the following conditions will benefit from a rebrand:

However, none of these mistakes have been as big, or as costly as those made by some of the world's biggest companies.

Pepsi is no stranger to logo designs, having changed its logo multiple times. In 2008, Pepsi released the latest iteration of its logo, rotating the circular icon and incorporating a smile into the design.

It wasn't received well, with many noting they could not see the smile that had been incorporated.

The cost of rebranding is said to be $1.2 billion over three years, with the logo mark for Pepsi alone costing $1 million.

If Pepsi isn't reknowned for its rebranding efforts, it appears neither is Tropicana, another brand of PepsiCo.

This rebrand was said to have lost the identity of Tropicana, the exact opposite objective of a rebrand.

Terrifyingly, sales figures revealed sales of the Tropicana Pure Premium line plummeted by a significant 20 percent. On the revelation of the figures, PepsiCo reversed its decision to rebrand and reverted the carton design to what they had originally.

It is estimated the move cost Tropicana approx. $137 million in sales between 1 January and 22 February.

When Kraft launched its new logo, it took just six months for it to revert to the previous version due to stark criticism from the design community.

No figures were available for the cost of the rebrand.

Gap performed possibly one of the fastest branding turnarounds of all time when it reverted to its original design, just six days after putting the new logo out publicly.

The Gap rebrand was estimated to have cost $100 million.

Possibly one of the most expensive rebrands, rumoured to have been in the region of $1 billion, many expected more of such a costly project.

The Helios logo is meant to symbolise and represent the company’s green growth strategy by taking on the form of a sun. However, there is nothing green about drilling oil, particularly when the same company is responsible for what is considered the largest marine oil spill in the history of the petroleum industry - the Deepwater Horizon oil spill.

Rebranding can be pretty scary. If you’re considering a rebrand for your firm but don’t know where to start, we’re here for you. Check out our complimentary ebook, how a visual identity program can build your business, or give us a call to discuss what we can do for your firm. 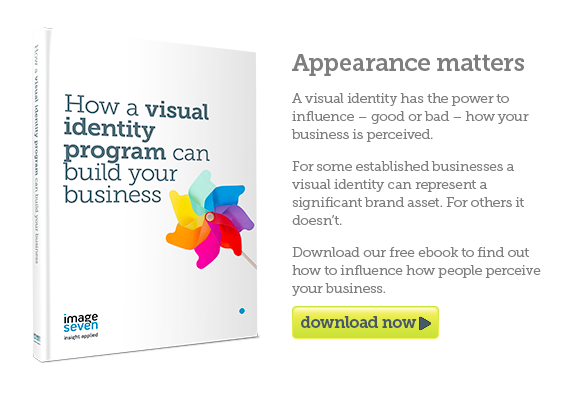 This blog was written by Laura Sheahan

In her role as Strategic Communications Director at imageseven, Laura manages and develops the company’s European business, drives imageseven’s corporate marcoms, and continues to work with many of her clients in Australia from the Emerald Isle. Outside the office, Laura can be found with friends, on a green perfecting her golf swing or tennis serve, trying out Cork’s trending eateries, or checking out the high street.

Get the latest marketing news. It's free!